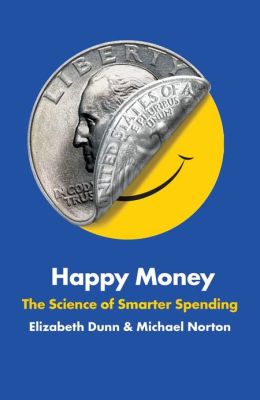 “If you think money can’t buy happiness, you’re not spending it right.”

A lot of us have grown up hearing that money can’t buy happiness. But what if money doesn’t make us happy because we’re spending it on the wrong things?

Recently, I’ve been studying a lot about behavioral economics (the science of social, cognitive, and emotional factors on our buying decisions) through Dan Ariely, a professor at Duke University, founder of the Center for Advanced Hindsight, and the author of Predictably Irrational. Through Dan, I came across the work of one of his former graduate students, Michael Norton, now a professor at Harvard Business School.

Mike and his colleagues ran a study at the University of British Columbia in Vancouver. They gave students envelopes filled with money, ranging from $5-$20. Some of the envelopes had instructions to spend the money on themselves by 5 pm. Other envelopes instructed the volunteers to spend the money on someone else, such as buying something for a friend or donating it to a homeless person.

The researchers called each volunteer at the end of the day and asked them what they did with the money and their level of happiness, compared to how they started the day.

They found that the people who spent money on themselves weren’t any more or less happy than how they started the day, despite getting the free money.

Yet, the people who spent the money on somebody else actually became more happy by the end of the day.

Wanting to assure themselves that this wasn’t a fluke, Mike and his team repeated the study in Uganda and found similar results!

What’s the practical lesson? Give a part of your money away, even if it’s a small amount; you’re likely to be happier when you spend your money on someone else, rather than yourself!

Inspired by this idea, I’ve made donations to a couple of organizations that I learned about through Mike:

DonorsChoose is an online charity that makes it easy for anyone to help students in need. Public school teachers from every corner of America post classroom project requests on our site, and you can give any amount to the project that most inspires you. I donated to a local school so they could purchase plastic models of human skeletons.

GlobalGiving is a charity fundraising web site that gives social entrepreneurs and non-profits from anywhere in the world a chance to raise the money that they need to improve their communities. I donated to a microlending program administered by students at Northwestern University.

Encouraged by my email dialogue with Mike, I was also inspired to begin offering one of my flagship training programs, Rapid Revenue Acceleration Mission Control, for “better than free.” I asked attendees of a recent webinar to make a donation of any amount to an organization of their choosing, send me a copy of their receipt, and then I’d give them access to my premiere training program. I didn’t know what to expect, but the response from participants has been uplifting. Some of them have made contributions ranging from $2.97 to $500 to organizations literally from around the world.

, which is being released on May 14th (I placed my order already).

Better yet, why not buy the book and gift it away?!?

And, if you want immediate gratification, I also highly recommend taking in Mike’s 11-minute presentation at a TEDx event.