Are You Ready to Sprint to Six-Figures Fast! 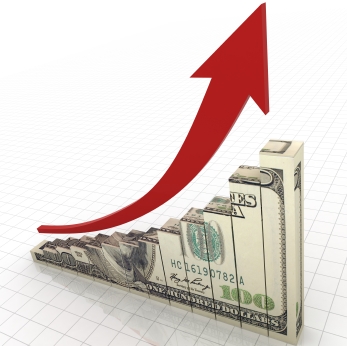 In today’s economy, an increasing number of highly-trained and capable professionals are setting out on their own, attempting to build a business based on their experience and expertise.

For a lot of these intrepid souls, achieving a consistent, six-figure annual revenue stream is an important, almost magical goal.

But the immediate problem most of these people face is that their existing areas of expertise have nothing to do with getting the business that leads to a six-figure revenue stream.

They fail to appreciate the myriad of moving parts that need to be working together to achieve this level of revenue and sustain it.

Great Power Lies in Simplicity
In contrast, most don’t realize how important it is to simplify their approach. A lot of “gurus” will tell you that you just need to focus on what matters. Great, but how do you figure how WHAT to focus on?
You see, in an effort to build their businesses, most people invest a lot of energy trying to do the “right things.” They study books, listen to audios, watch videos, and attend training events. And then they devise complicated plans that involve multiple strategies that, according to the “books,” should predictably lead to six-figures really fast.

But IF you knew where you should start given your particular situation, what to focus on, and how to get moving in the right direction, would you feel more confident and enthusiastic about building your revenue stream faster?

Some people find this story hard to believe…
As you may recall, I created an annualized six-figure revenue stream in 73 days. All without a website, blog, social media, real business cards, a list of leads, network of referral sources, or even real client success stories.

And I’ve guided other brave souls to either best my record or come pretty darn close.

There are plenty of people out there teaching how to achieve a six-figure revenue stream. But as far as I can tell, I’m the only one who has done it in 73 days (and with far fewer resources than most of you have at this very moment). And I’ve guided others to best my record (or at least come close).

Even so, achieving the six-figure revenue fast isn’t that big a deal. What is a bigger deal is the impact and contribution you can make when your business is financially solvent. And the sooner, the better.

So I’ve come to the realization that it’s far overdue for me to pull back the curtain on what it really takes to rapidly achieve a five- and six-figure revenue stream.

In the spirit of being of service to the very people who are searching for this caliber of guidance, here’s what I’m going to do…

Next week, on Thursday, April 26th at 5 pm Pacific, I invite you to hop on a conference call line with me. I’ll share specifics about my personal journey to six-figures in 73 days. More importantly, I’ll answer any and all questions you have about the fastest ways for you to go about creating your own six-figure revenue stream.

Some of the things I plan to address include:

And I’m going to devote the majority of this teleclass to answering the most important, pressing and toughest questions you have for achieving a significant boost in your revenue.

In the registration box below, just list your toughest questions for me and I’ll be sure to address them during the call. And for those of you who register for this session, you’ll be automatically added to the “Six-Figures Fast” special interest list. That means you’ll qualify to receive the “Six-Figures Fast” training program that I’m considering creating.