Alan Got Ripped Off 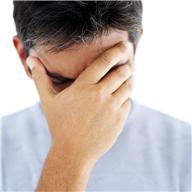 Several days ago, I picked up a voice mail on my phone from a someone I hadn’t heard from in over 9 years. He said on his message that he just wanted to touch bases.

I called him back last night, expecting to start a game of “voicemail tag,” but was pleasantly surprised to get a live person on the line! I know Alan from a number of criss-crossing paths. We first met when we were both taking the same series of personal growth and business training programs. Like me, his background is in the health care field. And for years, I’ve be a subscriber to the newsletter that he writes on the topic of health and wellness.

While it was fun to catch up, one thing he mentioned along the way just stunned me…

I asked his about a wellness program that he developed several years ago and how that had panned out. While he had done well with the program, he told me that a couple of years ago, he sought to expand his product and program offerings. On the recommendation of another colleague, he hired a “marketing consultant” to help him with his website and online promotions.

While I don’t understand all the details, this particular marketing consultant didn’t produce the results he was expecting: An updated website, educational videos, active online promotions, and so forth.

When Alan took steps to terminate the working relationship, something went wrong. Somehow, the marketing consultant took the end of their collaboration as permission for him to take ownership of the content that he had taken years to create.

This marketing consultant created an independent web site, including videos that he had been asking for, branded the material with his name, and began marketing the content online. And since then, he’s kept all the revenue for himself.

This story pains me, because such a situation was entirely avoidable. Alan didn’t understand the fundamentals of collaboration. So he hired, and eventually, partnered with someone without asking the right questions and establishing a durable working relationship.
He didn’t address critical issues, right up front, such as:

In fact, most people who associate in working relationships with others don’t think to ask such questions; they’re too excited to get on with the “fun stuff.”

It just so happens that tonight, January 17th at 5 pm Pacific, I’ll be co-leading a “Collaboration Catalyst” teleseminar with partnership and relationship expert, Dorene Lehavi, PhD.

As you might imagine, I basically begged Alan to join us, before he contemplates getting involved in another business partnership.

I hope you will, too, so I don’t end up writing about your business collaboration horror story.

Okay, I’ve said my piece and feel I’ve done everything I can to encourage you to become informed about the power and pitfalls of collaboration.