What are YOU Willing to Fight for? 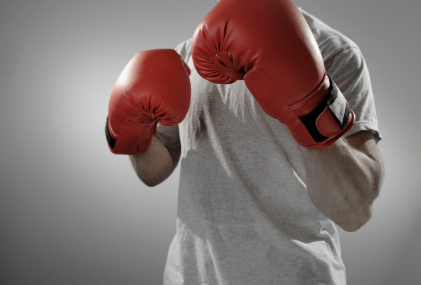 Last Monday I was really sweating it out. The colleagues of my mastermind group, all top entrepreneurs, had me on the grill.

I had just finished telling them the UnReasonablegoals my two companies were going to achieve in 2011.

And they weren’t buying it.

One member of our group, Michael Margolis of Get Storied and the “Dean of Story University” for businesses and entrepreneurs said, “Stefan, this all sounds cool, but it is lacking your passion.”

“What are you willing to fight for in your businesses?” he continued.  “What is so core to your existence that you’ll do whatever it takes to make it happen?”

Great question! I was embarrassed I didn’t have an answer, though.  And told them I would have it in a week.

The answer to Michael’s question is crucial to anyone committed to achieving the UnReasonable.

Look at what the citizens in Egypt have recently accomplished in just 18 days.  Tunisia.  And now possibly Libya as well as several others.

Now imagine the impact your business would have when you approach it from the same perspective!

Don’t be confused with what you are willing to fight for and your company’s vision/mission statement. It is something core and dear to you and your employees.

It is what you are all about.

The benefits for your business:

Knowing the impact of having an answer to Michael’s question, I spent the week contemplating what I was willing to fight for. I meditated on it and ran it past several people. And got tons of coaching on it.

And after several long days of turmoil, I suddenly got it.

I am willing to fight for those committed to being the best they can be with the environment and society.

Immediately after writing this down I saw how my entire life has been devoted to working with those committed to this crucial purpose.

And the hairs on the back of my neck were standing up.

Action Steps for the Week

Planned out your business goals for the year? How do you feel about it?  Feel like you’re playing UnReasonably?  Super-excited about achieving them?

What are YOU willing to fight for?  If there were only ONE thing that is the most important to you in regards to your business, what is it?

It’s that thing you will protect with everything you have and too sacred to leave behind.

Come up with a list of possibilities. Narrow them down by asking yourself: which of the (first) two on your list is more important?  The next two?  And so on until there is only one left.

Then be with this one core thing you are willing to fight for until you feel it.  Feel the energy and passion around it? No feeling, go back and try again.

And when you get it you will know.  Your creative juices and energy will start to take your body over. You will more easily create a new set of goals and?go to UnReasonable lengths to achieve them.

Just have your seat belt on!