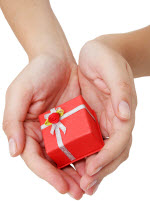 The Gift of Forgiveness

If you’ve ever found yourself verbally, mentally, or emotionally berating yourself or berating someone else, I have a story for you that will help you to snap out of it, so you can go on being the best that you can be and living a life of freedom, fulfillment, and joy.

Over twenty years ago, when I was in General Surgery training, one of my service rotations was covering the busy Emergency Room of inner city hospital. We used to joke that we were right in the middle of the “gun and knife club.”

During this rotation, I was “on-call” every other day, which theoretically meant that I was awake and on-duty for 24 hours straight, then I supposedly had the next days off. In reality, it was more like being awake for 36 hours straight, crashing right to sleep, then waking up to start all over again. Functioning like this for three months was a physically, mentally, and emotionally intense and demanding time of my life.

One night, the paramedics brought in a young, otherwise healthy male, who had been stabbed in the chest, apparently while standing on a street corner. I don’t know any other details, such as whether he was an innocent bystander or involved in some sort of altercation or drug deal gone bad.

As the paramedics rolled him in on a gurney, the nurses hooked him up to monitors, so we could monitor his vital signs such as blood pressure, heart rate, and breathing. We started cutting his clothes away, which is standard procedure when a trauma victim is brought in, so we could determine where his injuries were. Suddenly he “flatlined,” which meant that all the readings on the monitors went flat: his heart had stopped beating,  he had no blood pressure, and he stopped breathing.

Anytime there’s a penetrating chest injury, “flatlining” is an indicator that the heart has lost its ability to contract and pump blood. There’s a sac around the heart called the pericardium.  If there’s a penetrating injury like a bullet or knife wound, blood can leak out from the heart and into the pericardial sac. If too much blood leaks into this sac, the heart cannot fill with blood and then pump it out. It’s a showstopper.

When a trauma patient suddenly loses all vital signs, what we have to do is to perform a procedure called “cracking the chest”. This means that we literally cut through the chest to get to the heart, then open up the pericardial sac to relieve the tension, allowing the heart to start beating again.

And when I saw the flatline, I called for a scalpel, then immediately started opening his chest. And then something that never should happen happened: One of my junior residents took the scalpel out of my hand while I was cutting, the equivalent of surgical sacrilege. I was so taken aback that this happened, that I just let him continue opening the chest wall. I wasn’t willing to let my ego or rank get in the way of saving this man’s life.

So I switched my mindset to supervising the procedure, but I was still mentally thrown off. Once the incision in the chest wall skin and muscle was made and rib spreaders were inserted, we could see that indeed, the pericardial sac was tense will blood. So the next step is to take a pair of scissors and cut through the pericardium, to release envelope of blood that prevented the heart from filling and pumping. My junior resident opened the sac with scissors, just like cutting wrapping paper.

Immediately, the heart started pumping again, spewing a fountain of blood through the knife wound. To complicate matters, the patient also immediately regained consciousness as blood flow returned to his brain. So image this: His chest is spread wide open, his heart is gushing blood with each heart beat, and he’s trying to sit up, struggling and flailing about. And everyone on the trauma team is yelling at him to lie still! Yeah right! Got the visual here?!?

In this situation, what is needed now is an inexpensive medical device called a “Foley catheter”. A Foley catheter is a rubber tube that normally goes into the bladder. It has a balloon at the end, so it stays inside the bladder and collects urine. So the proper maneuver at this point is to take the Foley catheter and insert it into the knife wound and then inflate the balloon at the end of the catheter. This temporarily stops the blood from gushing out of the heart and buys you enough time to put sutures around the laceration, stop the geyser of blood. Simple enough. But for whatever reason – maybe it was my fatigue and/or the shock of my junior resident taking over this procedure – I didn’t perform this maneuver. Within a minute or two, the patient lost consciousness again, this time because most of his entire blood volume was now on the floor of the emergency room. I instructed the nurses to pumps resuscitation fluids into his body as I performed open cardiac massage – I placed his heart between my gloved hands and pumped the heart.

Lacking anything else to do, we started literally rolling the gurney to the operating room, as I continued cardiac massage. We took a shortcut to the OR, rather than taking the regular exit out of the emergency room. We rolled right through the waiting room that was jammed packed with patients and families of all ages. Can you imagine their shock and horror of seeing this bloody, wide-open chest, with me holding his heart in my hands, desperately pumping it?

But at this point, it was already too late to save his life; that opportunity had already been lost moments ago.

So for many, many years, probably for over a decade, I felt guilty about that incident. I felt guilty that I didn’t save this patient’s life. I felt guilty that I knew what to do, and I didn’t do it. I didn’t execute on my training.  And with the thought of “I didn’t say this patient’s life,” what naturally came as a thought after that was: “I must be a loser;” “I must not be very good doctor;” “I am incompetent,” “I am not worthy,” “I just wasn’t good enough and will never be good enough.”  And you can imagine the cascade of that “gremlin voice” that only serves to keep me small.

One day I was driving down the freeway on the way to my office when I was practicing as a plastic surgery and I was thinking about this. Wishfully, I was thinking, “Why can’t 100% of my surgeries go well? If I was a good enough surgeon, then it should always go well. Why is it that I see these guys present at the plastic surgery meetings and it seems like they all go well; they never have any complications, their patients are always happy, and they never get sued. Why is that? I must be a loser.

Then I realized, it’s none of that. I realized in that moment, that perfection is my life as it is this very moment. And, excellence is the process of fulfilling my commitments.

But the point is, I discounted the role of this patient’s responsibility in being where ever he was when he was stabbed. And whatever he may have done or said that contributed to him getting stabbed. And I didn’t understand the role of responsibility, personal responsibility, and the role of living out one’s karma. I just focused on myself in a very subversive, egotistical way. But once I realized that I did the best I could under the circumstances. And that I am committed to excellence, and that there is something for all of us to learn and grow from, even when things don’t go well, as well as intended, I was able to forgive myself. And it gave me a tremendous degree of freedom.

I never used to tell anyone about this event, about what happened. I felt too guilty, I felt too ashamed.

So in forgiving one’s self, there is freedom. There’s the freedom to create beyond your wildest dreams and imagination. So in forgiving yourself for the beliefs, the thoughts and feelings and actions that you have taken and that you’ve held, there is also the flipside, which is forgiving yourself for the beliefs that you’ve not had, the thoughts you’ve not thought, the feelings you’ve not felt, and for the actions that you have not taken, that have either held you back, held others back, or hurt you or others.

Forgiving yourself is an area not commonly thought of when it comes to enhancing performance and productivity. You don’t usually wake up and say to yourself: “Today is December 2nd; I’m going to forgive myself today!”

I assert that if you are willing to take on forgiving yourself, it will open up a world of relating to yourself, to others, and to the world at-large that gives you greater abilities to make the impact, make the contribution that you are committed to. It will give you the ability to make all the money that you envision for yourself. It will give you a greater framework for the healthy, for being well, and all the other important aspects of being human. It will open up the possibility of possibilities in your life.